About the Trek - Brad Treks America 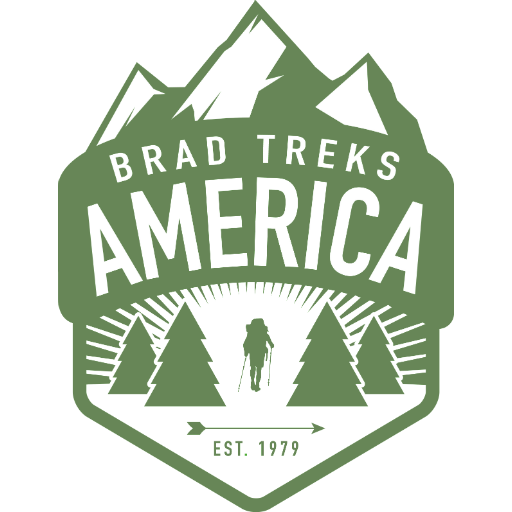 The Brad Treks America Project is the brainchild of Brad Marro, a commercial producer, who after 15 years in the film industry decided to take his talent for actualizing his clients’ visions and apply them to a passion project. He conceptualized an interactive experience documenting his year-long walk across the North American continent via The American Discovery Trail.

The Project will consist of a real-time social media campaign using Facebook, Facebook Live, Twitter and Instagram. Starting three months after the trek begins, weekly episodes will be published featuring highlights from different parts of the American Discovery Trail, exclusive interviews, and candid content not available anywhere else.

The Project is one part fish-out-of-water story. While Brad is an experienced outdoors-man, his entire adult life has been center in the film industry and Brooklyn. He has never attempted a trek of such magnitude. Watch as he tries, flounders, succeeds, and demonstrates indomitable spirit.

Ultimately, Brad Treks America is about connection. Connection is a fundamental human need. Whether it’s with an idea, another person, a journey, or the place one lives, connection allows people to transcend the mundane and fill their lives with meaning.

Brad’s greatest strength is his ability to connect with others, regardless of background. The audience will be able to watch Brad’s journey as he makes sense of his past experiences, relates it to his present, and finds meaning in his time on the trail. As he treks America, his ups-and-downs will translate into a riveting conduit for the audience.

The Trek begins February 2017 and is projected to run 12 months. Brad Treks America is being produced in cooperation with the American Discovery Trail Society.

About the American Discovery Trail

The American Discovery Trail is a system of recreational trails and roads which collectively form a coast-to-coast hiking and biking trail across the mid-tier of the United States. The trail passes through 14 national parks and 16 national forests and uses sections of or connects to five National Scenic Trails, 10 National Historic Trails, and 23 National Recreation Trails.